Located at a farm directly next door to the Finger Lakes Race Track in Farmington, NY (near Rochester, NY). This big guy is an absolute barn favorite and the best of homes is an absolute must. His connections are very devoted to finding “Socks” the most fitting home. Socks was enjoying turnout when we arrived at the farm for his photo shoot. He quietly transitioned away from his buddies for  photos and a jog video, despite his pals playing in the background. Socks has quite the presence and our volunteers felt that “Fabio” would be a good nickname for him. He was shaping up to be a good race horse when he sustained a tendon injury. Socks’ rehab was managed precisely and with frequent veterinarian involvement. He had a full year off and was cleared to start racing again. However, his connections felt strongly about not pushing him and instead want to see him succeed in a discipline other than racing. They report that he has no vices and is well mannered, but prefers having a job. He looks forward to his turnout time each day. His trainer’s teenage daughter has been riding him at the farm and reports he is good to ride. She reports she also recently had her senior pictures done with Socks because of how handsome and photogenic he is. Socks love treats and lots of opportunities to graze. He was very well mannered for his jog video and displayed big, floaty movement. He had good hind engagement with some knee action, leading us to think he would make a fancy dressage prospect. However, his connections report he jumped out of the pasture multiple times as a yearling, so we know there’s some jumping ability in there too! Due to his size, he would likely not be the best fit for a timid rider/handler. Emcee Prime is by Emcee out of a Tiznow mare. Finding the perfect home is very important to Emcee Prime’s connections and they would like to follow him in his next career. They are known for being very honest and taking exceptional care of their horses and are overall lovely trainers to work with. 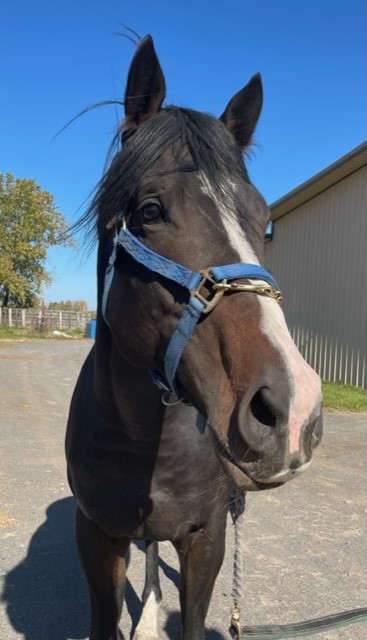 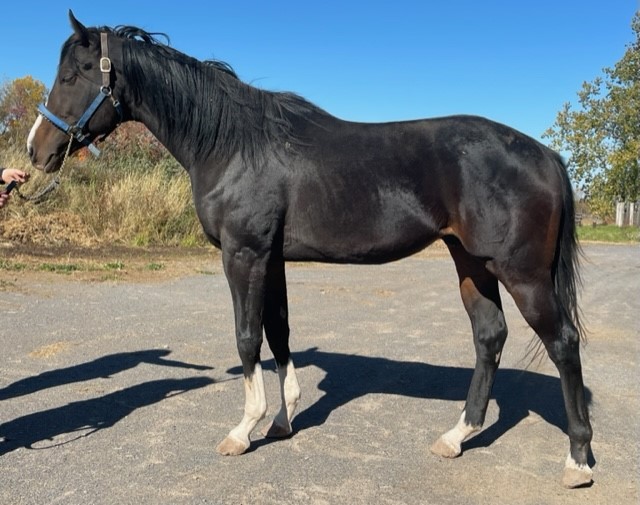 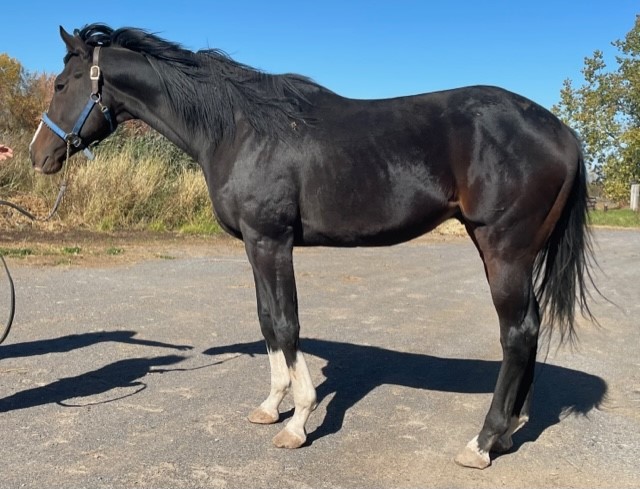 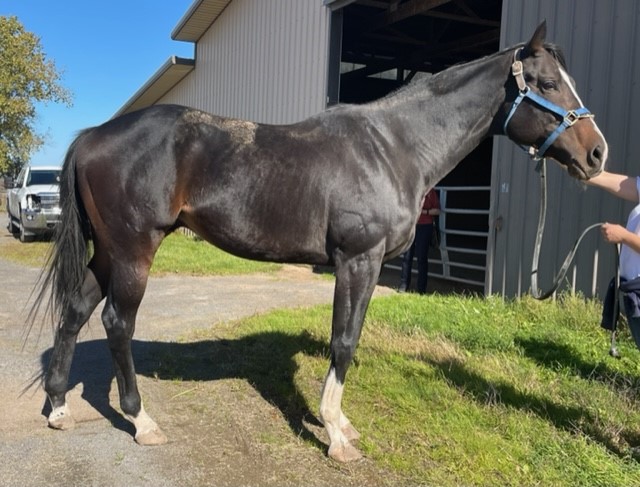