Located at a farm directly next door to the Finger Lakes Race Track in Farmington, NY (near Rochester, NY). Our volunteers loved this roly poly guy. K and G was enjoying turnout when we arrived at the farm for his photo shoot. He quietly transitioned away from his buddies for a photos and a jog video, despite his pals playing in the background. His connections report that K is good to work around and has no vices. They also report he was good to ride at the track, and was just starting to “put it all together” as a racehorse.  In his last race, he came back sore on his right front knee. Xrays revealed a small chip in the upper joint, which could be removed. He shows no soreness with galloping on the track, but does get sore after races, which are much more strenuous. They feel that he would do best in disciplines less demanding than racing. His trainer reported he is very athletic and agile. He jogged politely for his video and showed nice, flat kneed movement with a big step. He has a big barrel that would take up a taller rider’s legs nicely. On the racetrack, K and G had 19 starts with 1 win and 3 thirds. His last race was at the end of September. Since then, he has been hanging out on the farm and enjoying turnout! He will be RRP eligible for 2023. K and G is by Big Brown out of a Bluegrass Cat mare. Finding the perfect home is very important to Leo’s connections and they would like to follow him in his next career. They are known for being very honest and taking exceptional care of their horses and are overall lovely trainers to work with. 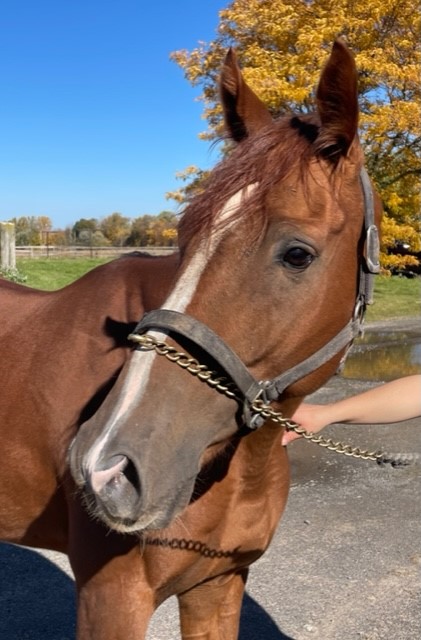 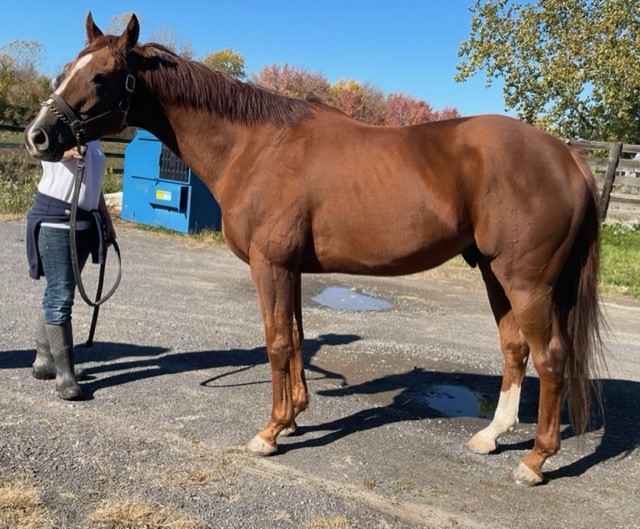 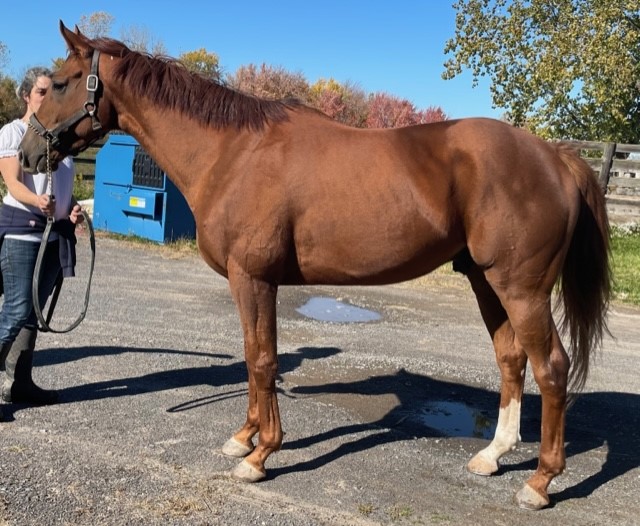 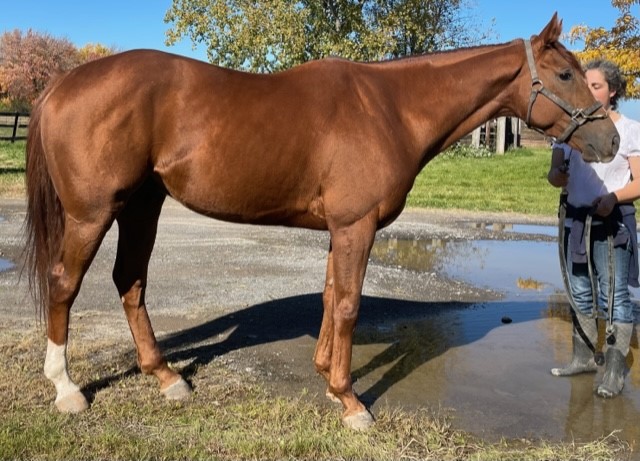 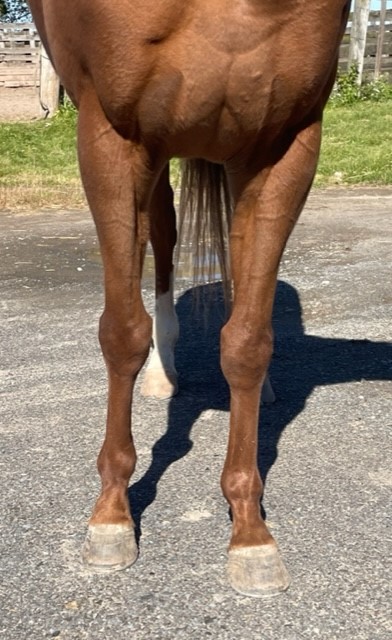