Located at Finger Lakes Race Track, Farmington, NY (near Rochester)
His name says it all for these times — and there is indeed bipartisan agreement that this handsome kind and great moving horse wants to be your new sport horse show ring partner! According to his owner/trainer, he is kind and classy. He has a beautiful solid build, and he showed off very good movement for his jog video — with loft and cadence that should serve him well as either a show hunter or in the dressage arena.  We initially listed him last year when he was still intact, described at that time as a very sweet stallion who was not at all studdish. And since being gelding over the winter his owner/trainer reports that he is even sweeter with wonderful ground manners, an “in your pocket” type. And every time she stood him up for his photos he did indeed want to move in to her for cuddles. She reports that he loves to work, is eager to train in the mornings, and will do anything you ask 110%.  Unfortunately, that no longer translates into running fast enough to win. He has managed to finish in the top 3 just once this year. In his earlier days he won on the top NYRA circuit. He has 41 starts, with 4 wins, 2 seconds, and 9 thirds.  Very well bred, he sold for $60,000 as a yealring and by red hot sire Violence (a son of Medaglia D’Oro out of a Gone West mare) and his dam is by Miswaki.  He does have some slight rounding of his right front ankle which does not cause unsoundness and he is a very light cribber.  His owner/trainer reports that the cribbing is so light and occasional that she does not bother with a collar, and that when he is turned out on her farm he never cribs there. She has had him on her farm for several winters and he gets along in a herd — even when he was still a stud. This is one nice horse — and we think he could have a great new career in hunters, jumpers or dressage and eventing.
Price: $1500
Contact Brooke Ficarella 585-944-6813
Race Record:  https://www.equibase.com/profiles/Results.cfm?type=Horse&refno=9933910&registry=T
Pedigree:  https://www.pedigreequery.com/cantweallgetalong 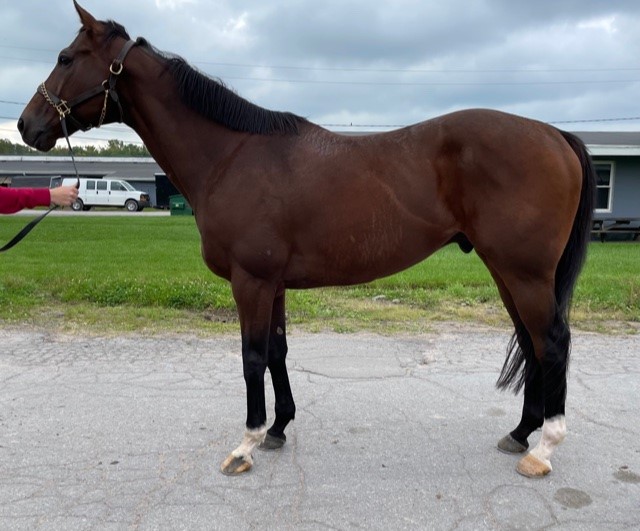 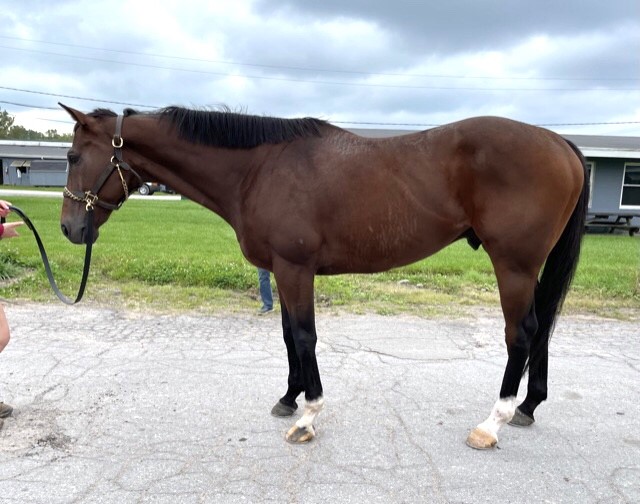 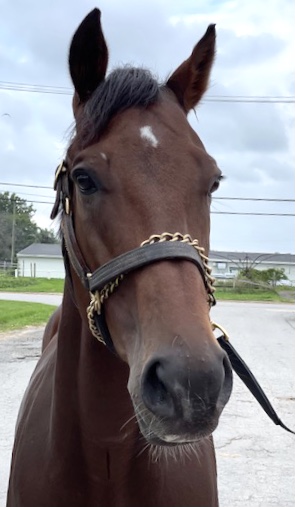 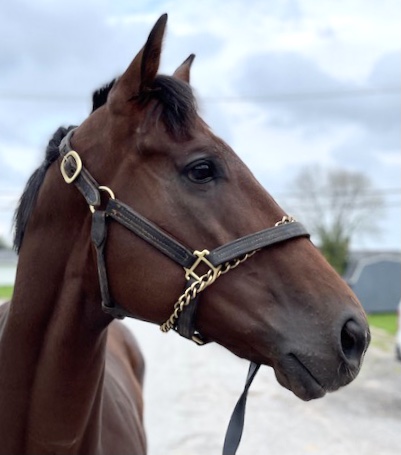 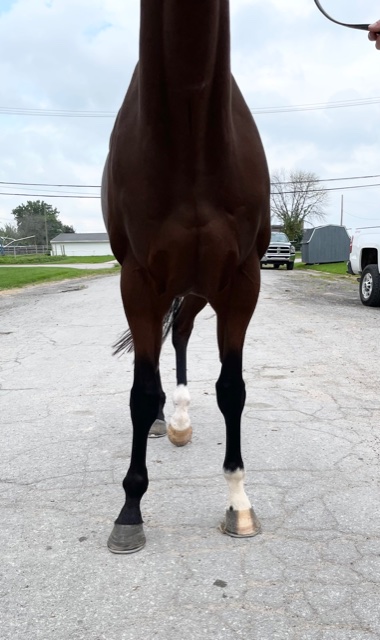 A PPE is always recommended. For information about on track vet practices available to do PPEs please see the How to Buy menu tab on our website which is linked in the post pinned to the top of our FB page.