We see tremendous sport horse potential in this young leggy daughter of Laoban– a son of Uncle Mo, and Uncle Mo and his sire sons are quickly becoming known as good sport horse sires whose offspring move well, jump well, and are brave yet good brained.  Momsfirstday has raced only three times, with two thirds.  Her current owner/trainer claimed her out of her second start, and in her one and only start for him, about a month ago, she reared in the gate and got a bit banged up — yet the rider stayed on, that gate opened, and she showed good speed then backed up.  She had a few superficial scrapes and was body sore after her misadventure in the gate, but her trainer says she is fine now and he has started galloping her again.  But now there is only one more week left in the Finger Lakes race meet, no races to enter her in, and her trainer is not able to overwinter horses. He claimed her from first rate connections, so we know she was started and brought along the right way. She is clean legged, and has a good uphill build, strong shoulder, and neck that comes out of the shoulder just the way eventers like to see.  Although there was not really any place to jog her outside her barn in the freezing rain, due to parked cars and trucks and dumpsters and potholes and puddles, we could tell that she has good light movement, with some suspension and push from behind.  We watched the videos of her races, and observed a beautiful flowing efficient gallop.  She is by Laoban, who is by Uncle Mo out of a Speightstown mare.  Uncle Mo’s pedigree has Caro, Gone West, Roberto, and Danzig sire lines — all very desirable sport horse lines. Momsfirstday‘s dam is by Noonmark, a son of Unbridled’s Song; her second dam is by Bernardini.  More excellent sport horse lines!  Momsfirstday is fully eligible for the 2022 RRP; we think she might turn out to be one of the bargains of the 2021 FLF season!
Price:  $1000
Contact:  David Rivera  315-719-5641 (calls preferred)  Note:  his English is sometimes difficult to understand.
Race Record:  https://www.equibase.com/profiles/Results.cfm?type=Horse&refno=10467776&registry=T
Pedigree:  https://www.pedigreequery.com/momsfirstday 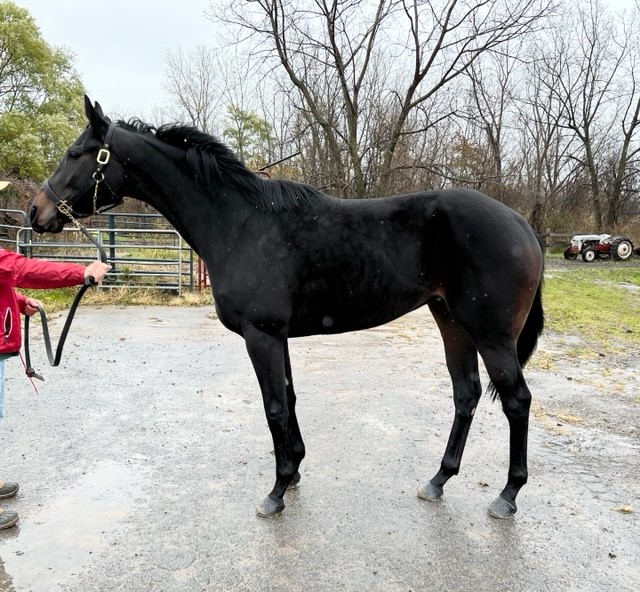 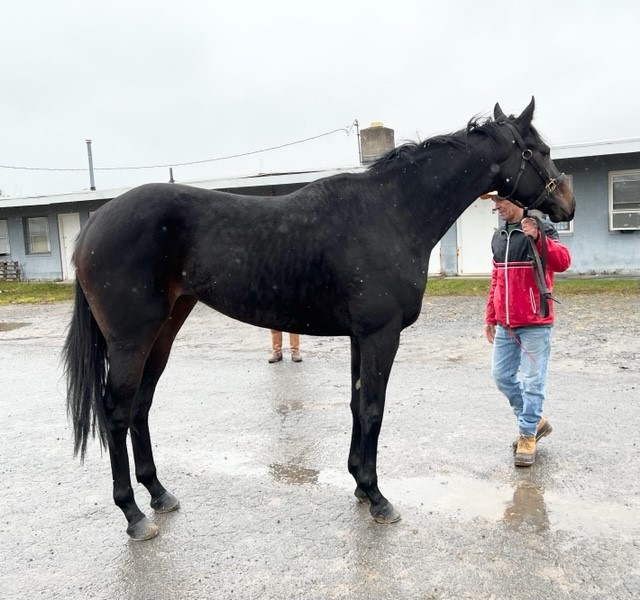